On February 15-21, 2021, the III All-Russian correspondence student Olympiad in languages and literature of the Finno-Ugric peoples was held at the Mari State University as part of the implementation of the Finno-Ugric scientific and educational component of the Development Program of the flagship university and under the auspices of the International Association of Finno-Ugric Universities. 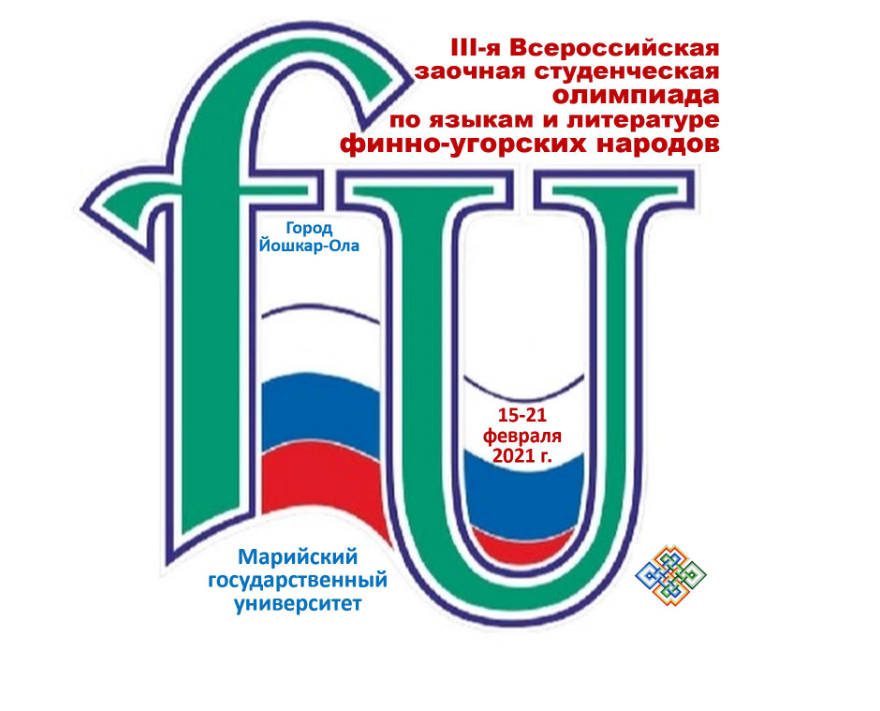 The goal of the Olympiad is to contribute to the formation of students' competencies in the languages ​​and literature of the Finno-Ugric peoples; to expand the range of students' cognitive interests in the field of Finno-Ugric studies.

The Olympiad was held online on a special page created by the staff of the ITC and teachers of the Department of Finno-Ugric and Comparative Philology on the official website of the Mari State University. The tasks of the Olympiad included test tasks and a holistic analysis of the lyric text, in the capacity of which the students were offered a poem by the Mari poet Valentin Columbus "Tub Monologue" translated into Russian by Vladimir Kostrov.

85 students from 5 universities of Russia took part in the Olympiad. These are undergraduate and graduate students of the Mari, Udmurt and Mordovian universities, as well as the Mordovian Pedagogical University named after I. M.E. Evseviev and the Volgograd branch of the RANEPA.

On February 22, the organizing committee of the Olympiad (Chairman - Acting Head of the Department of Finno-Ugric and Comparative Philology, Deputy Director of the Institute for Scientific Research and International Research E.V. Gusev) summed up the results and determined the winners and prize-winners of the Olympiad.