The 53rd meeting of the Socrates Political Science Club

After a forced "vacation" due to the coronavirus epidemic, the Socrates Political Science Club was finally able to resume its work. It’s 53rd meeting took place on February 24, 2021 at the Institute of National Culture and Intercultural Communication and was attended by students in one of the most spacious classrooms. 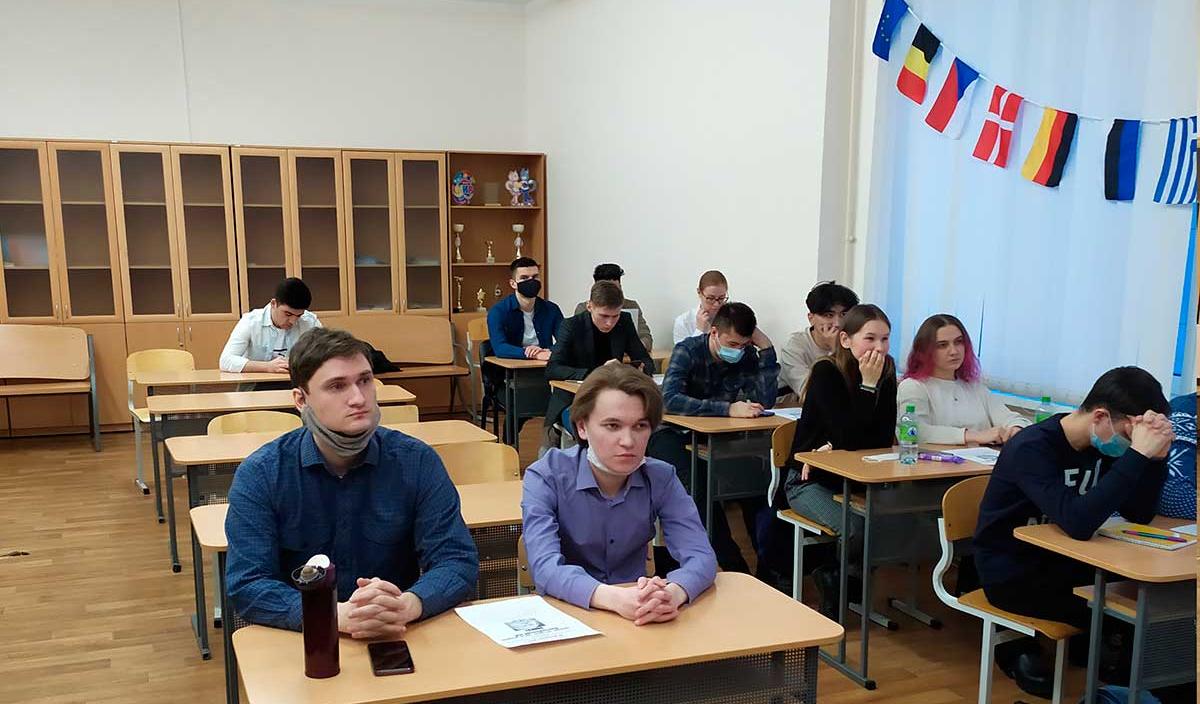 The 53rd meeting of the Socrates Political Science Club

At first glance, the topic the"Green Deal" and the politicization of the environmental agenda in Europe and Russia", proposed for discussion, cannot be called the most topical or relevant for Russia. However, it is also not located on the periphery of public opinion, due to the fact that environmental threats have recently become a factor of serious concern for Russian citizens.

In the opening motions of the meeting, it’s leader and associate professor, Candidate of Political Sciences E.V. Suslov, noted that the global world, representing a kind of system of communicating vessels, has become more vulnerable than ever to threats of environmental pollution, which is an unprecedented anthropogenic load, and in turn leads the planed to climate change. Therefore, in order to overcome these unprecedented dangers, Europe believes that a new development strategy is needed, which will result in the economy of the European Union becoming modern, resource-efficient and competitive.
The expert at the Socrates meeting was speaker A.E. Fominykh, associate professor, and Candidate of Political Sciences, who spoke in detail about the policy of the "Green Deal", which has formed a coordinated, long-term direction in the internal and foreign policy of the EU. The official launch of this new EU strategy was given on December 1, 2019 by the newly elected Head of the European Commission, Ursula von der Leyen.

According to A.E. Fominykh, the roots of this policy should be looked for in the much more distant past, when the ’greening’ of mass consciousness took place, and was followed by the politicization of the most acute environmental problems facing Europe. Due to this, the transition from marginal and disparate groups of civic eco-activists to legal political parties took place quite quickly in the most developed countries of Western Europe. In the 2019 European Parliament elections, the Green Party showed one of the best results in their entire history. In addition, the same European countries (Germany, the Scandinavian states) have already developed a well developed knowledge of the “green” economy: from know-how through transfer to commercialization of Research and Development, especially in the field of "clean energy". The political motive of this policy in the long term, is complete liberation from energy dependence from the outside – whether it is the import of gas and oil from Russia, the United States or the Middle East.

Speaking about the parallels with Russia and the influence of the "green course" on EU–Russian relations, A.E. Fominykh recalled the Soviet experience of greening mass consciousness and politicizing eco-politics, which was most defining characteristics of the era of perestroika. Environmentalism, however, has not become an important rallying political idea in Russia. On the other hand, the last decade has given many examples when the incident of an environmental problem into the public eye leads literally to an explosive effect: Khimki forest, Shies landfill, the Kushtau mountain, the pollution of Kamchatka beaches, etc.,etc. Does this mean that Russian society has "matured" to the stage that Europeans went through in the 1970s, and is able to formalize the appropriate environmental parties and movements? Or are these incidents being sensationalized by the opposition (primarily non-systemic) to compromise the authorities? Is the government ready to meet the demands of citizens in environmental matters (skipping ahead, as Shies and Kushtau showed - yes, it is ready. But only under serious pressure — both from below and from above, in order to avoid even greater problems).
As their questions showed, the students that were present were well-versed on the topic of environmental issues: from the psychologic standings of Russians on separate garbage collection and to the oil spill in Kamchatka, from the need for research on environmental issues, to educating the common man on their relation to the environment (instilling a sense of pride and ownership).

Mari State University is inviting you to take part in the SCIENTIFIC CONFERENCE «YOUNG RESEARCHER: CHALLENGES AND PROSPECTS» that will be held on February 8, 2022.