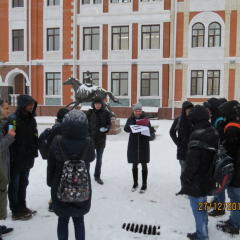 The quest "Europe in Yoshkar-Ola" was held for foreign students studying in the first year of study in the field of "Medicine" at Mari State University on December 27, 2018. This quest was held in the framework of the implementation of the Jean Monnet Module 600407 EPP-1-2018-1-RU-EPPJMO-MODULE grant “Historical Memory Factor in EU Formation and Development”

SESSION OF THE SCIENTIFIC CLUB “WEST-EAST”

A meeting of the “West-East” student scientific club of the Youth Section of the Yoshkar-Ola branch of the Russian Society of Intellectual History was held at the Faculty of History and Philology on November 29, 2018. 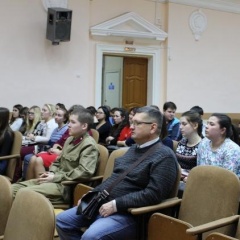 PUBLIC LECTURE ON THE TOPIC "SOURCES OF THE EUROPEAN UNION"

A public lecture was held on November 30, 2018 at the History and Philology Faculty of Mari State University by Ph.D.,associate professor of the Department of General History of MarSU, Elena Vladimirovna Lezhnina. The topic was “Sources of the European Union”. 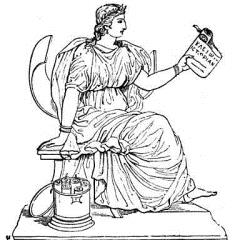 On Thursday November 29, 2018 at 17:00 a meeting of the West-East scientific club, the Youth section of the Yoshkar-Ola branch of the Russian Society of Intellectual History (ROII) will be held in a 304 auditorium of the Faculty of History and Philology. 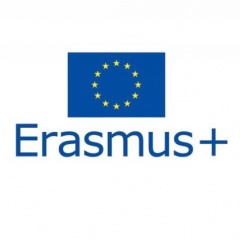 On Friday November 30, 2018 at 18.00 in the auditorium of the Faculty of History and Philology (Building “G” of MarSU, Pushkin St., 30) a public lecture will be held by the candidate of historical sciences, associate professor of the Department of General History of Mari State University FSBEI HE “Mari State University” Elena Lezhnina Vladimirovna. 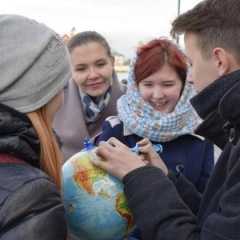 In the framework of the grant Jean Monnet Module 600407 EPP-1-2018-1-RU-EPPJMO-MODULE “Historical Memory Factor in EU Formation and Development” (“The historical memory factor in the formation and development of the European Union”), which was implemented at the base of Mari State University, the first of a series of quests “Europe in Yoshkar-Ola” was carried out on October 27, 2018. 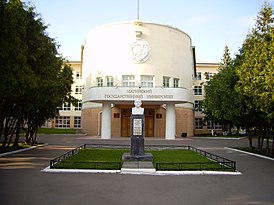 VICTORY IN THE ERASMUS + COMPETITION

On July 19, 2018, the results of the Erasmus +: Jean Monnet Modules contest of the European Union became known. 11 applications were submitted to Jean Monnet Modules, of which one received funding. The project manager is Lezhnina Elena Vladimirovna, candidate of historical sciences, associate professor of the department of general history, deputy dean for educational work.The project was co-sponsored by Rokina Galina Viktorovna, doctor of historical sciences, professor, head of the educational research laboratory of ethno-gender research.

The Coordinator: Elena Lezhnina, Candidate of Historical Sciences, Associated Professor of the Department of World History of Mary State University

Jean Monnet Module «Historical Memory Factor in EU Formation and Development» is aimed to form the students’ view on the European Union in past and present, how the European collective identities have been constructed and European historical consciousness has been formed.

The Module promotes European Union studies in Russia and in the Mari El Republic in particular; pays much attention to the problems of European integration/disintegration, provides mutual understanding, openness and tolerance in Russia, Europe and all over the world.

- teaching courses to be presented to the bachelors for the majors «History» and «Teacher Training» («Historical memory and forming political nations in Europe»; «The creation of the European Union: political and cultural Europeanization», «European educational area and the creation of common identity»);

- «round-table» debates for the members of Student Scientific Circle «West-Ost» as youth branch of Yoshkar-Ola subdivision of Russian Society of Intellectual History;

- webinars on European Studies for school teachers and young scholars;

As a result at least five scientific articles will be written, didactic materials, e-book and database will be developed.